So, once again I’m bloody sick. I’m seriously starting to wonder if my body is ever going to completely recover from the series of respiratory tract and chest infections I had during and after my visit to China. I’ve been coughing on and off since then, even after a third round of antibiotics to clear out the last of the infection. Thankfully this time it doesn’t seem to be too bad, though I am more than a little annoyed that I started getting ill the Saturday before a week off on leave. Again with the coughing, but it’s not as nasty as last time. No fever either, just a constant dull ache all over my body. Still, I’m not going to let that stop me from going to see Lindsey Stirling tomorrow night. I’ve been looking forward to this for a month now, and I’ll be damned if illness is going to keep me from it… I’ll just have to stand very quietly at the back and hope there’s some seating available.

Anyway, now that I’ve got my bitching out of the way, it looks like it’s time for another update. As I mentioned last time, this is going to be an introduction to the Reign of Winter campaign that Jimbles is running for me. I was quite excited to have a chance to play in a Pathfinder game, as normally I end up running them, and it’s been a long time since I’ve been able to actually be a player in a D&D 3.5 game, and I’ve never yet been on the player’s side of the GM screen in Pathfinder, apart from once with a group that fell apart within the first session. 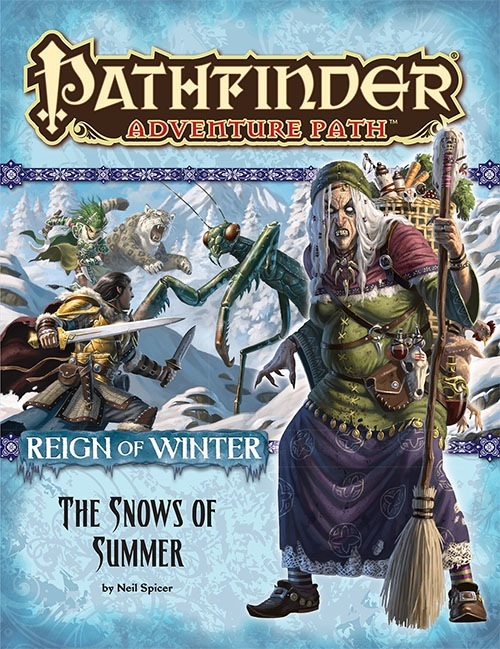 END_OF_DOCUMENT_TOKEN_TO_BE_REPLACED

Good evening ladies and gentlemen, and welcome to the campaign journal for my Shattered Star gaming group.

Shattered Star is the Pathfinder Adventure Path that just wrapped up a couple of months ago, and I’ve recently managed to put a group together to play through it. It’s a campaign that ranges from investigation through to old-fashioned dungeon delving and Indiana Jones/Tomb Raider artifact hunting.  It’s also a direct sequel to the earlier Adventure Paths that have taken part in the country of Varisia, but for the most part avoids retracing the same ground – As far as I’m aware the only revisited locale is the city of Magnimar.

Anyway, onto the journal itself. At the moment I’m undecided about how I’m going to write this. Since I’m pressed for time at the moment, the first update is just going to be an overview of the party and a bit of an explanation about optional rules that I use. Later on I’ll be doing recaps of each session, but am still unsure as to whether or not I’ll be doing it as a story with notations about out of character details, or just summarizing events.