As I mentioned at the end of my last update, I’ve got another interview for you today.

Morgan Boehringer is a freelance RPG designer based somewhere in the Blue Mountains here in Australia. Not exactly sure where, but having been up at Jenolan Caves for a wedding back in March, I can honestly say that if his home looks anything like the areas I was riding through, then it’s a beautiful place. Jammy bastard… Where was I. Ah yes. He can be found lurking around the Paizo Messageboards under the name Oceanshieldwolf, and is the mind behind Forest Guardian Press, a third-party publisher that focuses on content for the Pathfinder Roleplaying Game, with his first product, the Direlock class, already being available from Paizo.com. He’s also been involved in various projects run by other publishers, and is currently developing content for the Strange Brew: The Ultimate Witch & Warlock Kickstarter. 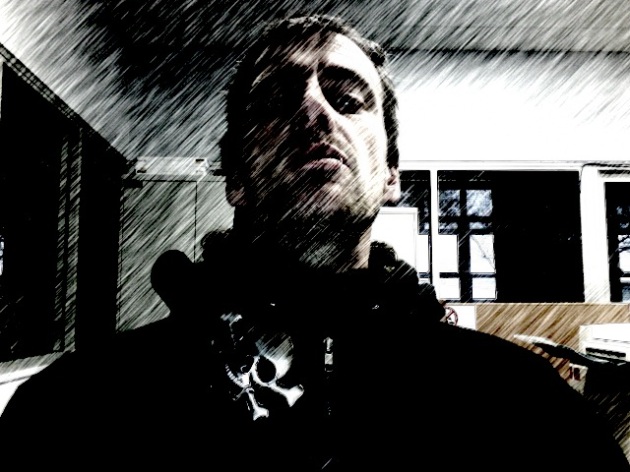 For an unaltered image of Morgan in all his unfettered, shirtless and tattooed glory, see below the interview

I interviewed Morgan earlier this week about his work as a designer, and the Strange Brew project. Thankfully, he lives in the same time zone as me, so we could actually do a real-time interview. Time differences are of course one of the biggest inconveniences of living in Australia… well, that and the drop bears… and the ridiculously inflated prices we’re expected to pay for goods and services compared to the USA… you know what? I’m going to stop there and just get down to the reason we’re here.

The point is that we were able to chat online instead having him answer a set of questions I’d emailed to him, getting answers back, and emailing further questions that arose from his responses. It led to a very different feel to the interview. I deliberately didn’t plan it out too much, so that we could just see where the conversation went. I think it turned out well. I wouldn’t say it’s necessarily a better way to interview, but it’s good for something different, and I have a preference for it.

END_OF_DOCUMENT_TOKEN_TO_BE_REPLACED

Okay. Lets get the bad news out of the way first.

I’m really sorry guys. I know I said I’d have the next lot of reviews up over a week ago now, but there are a number of factors just killing me at the moment. Work is getting busy again (I’ve got a pretty much day long meeting tomorrow, which leaves me wiped) and I’ve had some unpleasant stuff happening outside of work as well… today was a prime example, since first thing this morning I got to simultaneously face my fear of needles and my general fear of even minor medical procedures, and spent the rest of the day feeling like crap once the anaesthetic wore off, which left me not really wanting to write much. I’ll try to get some more done on it tomorrow if I’m doing okay after the meeting, and I’ve expanded the goal to get four movies reviewed in this update so I can get a bigger chunk out of the way. I’m pretty disappointed in myself for letting it slip this far yet again, but unfortunately that’s the way things turned out. Not much else I can say beyond that.

Now for the good news. There’s a couple of things to mention here.